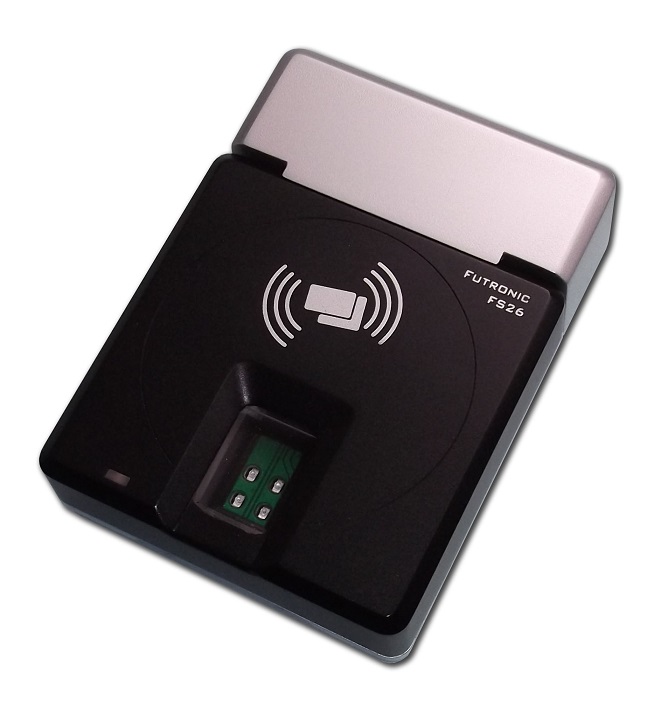 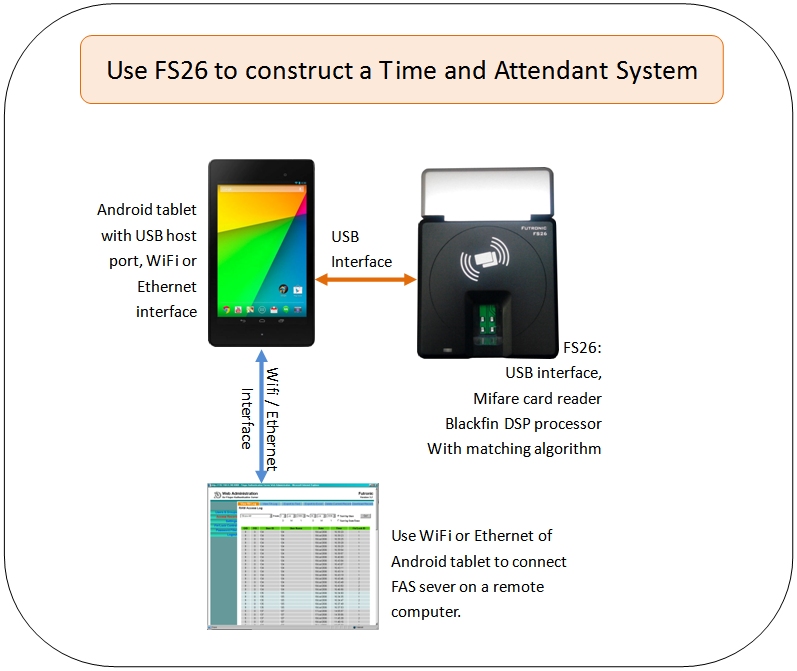 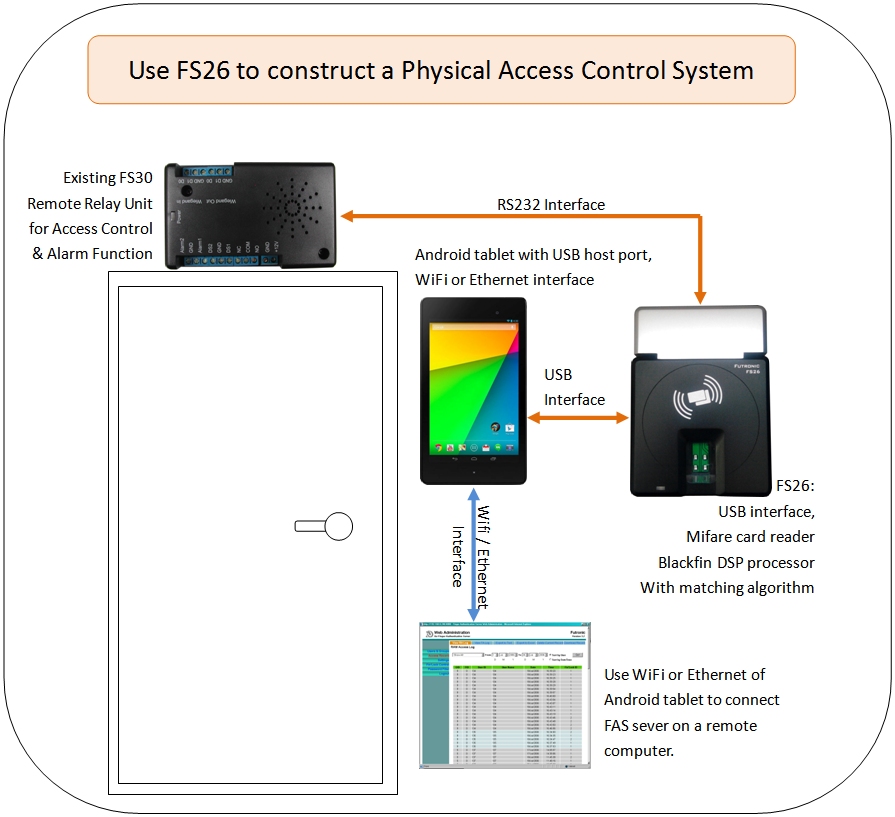 FS26 can handle ISO14443A compatible Mifare card and has all the necessary functions to support both 1KB and 4KB Mifare cards.

The use of fingerprint recognition for logical and physical access control has been controversial. It is because the fingerprint data must be stored somewhere in system for authentication. This may infringe the privacy of users in some cases. And FS26 is the answer to this problem as it can identify an individual using fingerprint without storage of fingerprint data in the system.

FS26 can also be used together with Fingerprint Authentication Server (FAS) which is Futronic proprietary software running on MS Windows for user and fingerprint database management, access and attendance control.

A serial port is designed inside FS26. This is used to connect with Futronic's FS30 RRU (Remote Relay Unit). With FS30 and FS26 connected to an Android device, they can form a standalone Physical Access Control System or a Time and Attendant System. An optional wall mount is available to install FS26 on wall in this case.